Southwest Florida leaders breathed a sigh of relief Wednesday as the federal government announced it would provide trailers for displaced Hurricane Ian survivors in Lee and Collier counties, amidst a shortage of hotel rooms and other options.

The announcement comes a day after Collier County commissioners made it clear that they wanted to see travel trailers and manufactured homes available to displaced residents.

In a press release issued Wednesday, the Federal Emergency Management Agency (FEMA) said it will provide that and more to residents in Lee, Collier, Charlotte and DeSoto counties.

The federal agency's release said it determined that rental assistance is insufficient to meet the housing need in those counties because of a lack of available housing resources.

In addition to travel trailers, the new program will offer readily-available housing leased by FEMA, as well as multi-family housing that FEMA will repair and lease.

Direct housing may be provided for up to 18 months after the date of the disaster, which would sunset the program in Southwest Florida by about March 28, 2024.

FEMA cautioned that it takes time to roll out a direct housing program. Furthermore, not everyone impacted by Ian will get it.

“FEMA is committed to helping Hurricane Ian survivors get a safe roof over their heads to jumpstart their recovery as quickly as possible,” said Federal Coordinating Officer Tom McCool.

When asked Tuesday why no manufactured homes or travel trailers had yet been provided to the many in Collier or Lee displaced by the storm, FEMA media relations manager Michael Wade stressed the agency was in a supportive role.

But that same day, McDaniel had expressed disappointment that FEMA had not yet provided travel trailers or other direct housing options for hurricane survivors, weeks after the storm churned through Southwest Florida.

While he suspected FEMA would come through with something more to help Collier's displaced residents, the commissioner said the agency kept it under wraps until its public announcement Wednesday.

The county's emergency services director estimated there's a need for 1,500 to 2,000 units of temporary housing for displaced residents. How many trailers could end up in Collier is an unknown.

"They haven't given us how many, how much and when. So, it's still a bit nebulous," McDaniel said.

At Tuesday's board meeting, commissioners discussed a few ways the county might be able to help the effort, including allowing displaced residents to legally stay in others' backyards in guest houses, or even privately-owned trailers, long-term, in more rural areas, until they can get back on their feet.

Commissioner Burt Saunders requested that the county advise FEMA to avoid setting up temporary trailer parks as it did in response to Hurricane Charley in 2004 -- parks that generated national headlines as a place of crime and despair -- and instead prioritize deploying individual trailers to survivors' driveways or lawns.

Local options to help displaced residents will be discussed at the next board meeting, scheduled for Nov. 8.

"We're not going to wait. My board feels equally as I, how important this is to get aid to people," McDaniel said.

Warren Adkins, a retired North Naples firefighter of 30 years and River Park resident, was washed out of his home, which he purchased from his parents in 1989. He and his wife, Leona, have been staying in a hotel courtesy of FEMA ever since, he said.

FEMA pays a portion of the costs of the hotel, and he and his wife cover the rest out of their own pocket.

"They've been a tremendous help to us," Adkins said.

He has been back at his home in Naples' historic Black neighborhood most days since the hurricane, throwing out a lifetime's worth of possessions. He's never worked in construction, but he's spent days ripping out carpet, drywall, kitchen countertops and cabinets, wood and tile flooring, appliances, and salvaging the little that he can.

"I think I'm gonna take it all up," Adkins said. "Go back down to the wood, see what the wood looks like under this."

While help has rolled through the neighborhood from different organizations, it's slowly drying up, like the water from the storm surge. At this point, Adkins is waiting for his insurance -- carried by Lloyd's of London -- to get back to him on what they're willing to cover before he starts renovating.

What's been most burdensome, Adkins said, is the amount of money they're spending every day on food. The room they're being put up in did not come equipped with a kitchen, and eating out for every meal gets expensive very quickly.

Adkins said he'd love to have a FEMA trailer or manufactured home parked in his driveway so he and his wife could cook for themselves, while also remaining close to their home as they continue to gut the bad and start to rebuild with the good.

While Southwest Florida already had a housing crunch resulting in sky-high rental prices, Ian has wiped out enormous swaths of housing, making it that much harder for year-round residents to find a place to live.

FEMA and the state of Florida activated the Transitional Sheltering Assistance program, which allows FEMA to directly pay participating hotels and motels in Alabama, Florida and Georgia an agreed-upon rate to provide emergency shelter to survivors.

"Sometimes the rental assistance we provide, the average sometimes needs to be increased to cover rent," said FEMA's Wade. "It’s a case-by-case basis. All of those things we take into consideration in order to move forward with any type of housing mission."

If survivors find they are incurring unexpected costs, like the cost of eating every meal out, they should contact FEMA, so FEMA or another program can help them, he said.

"We can provide some monetary assistance, but based on what their need is and what they tell us is what they’re entitled to," Wade said.

In Collier, FEMA has now awarded $30.7 million through its individuals and households program — nearly doubling its payouts in the past two weeks. The latest total includes $21 million in housing assistance.

While FEMA will pay hotel and motel costs for displaced residents, the program has not been heavily used in Collier.

Last week, just 282 residents in Lee were taking advantage of the program. Less than 30 people have been placed in hotels in Collier County.

As of Tuesday, the program was providing housing for 2,089 households with 5,292 members statewide, but a limited number of the participating hotels are in Lee or Collier.

Some hotels and motels remain closed, particularly tourist-focused beachfront hotels that have been heavily impacted by Ian. Those that are open have been filled with disaster relief and recovery workers from emergency responders and utility crews to adjusters and contractors.

However, blocks of 10 and 15 rooms are starting to show up in Collier, with 73 of 115 properties, from hotels to campgrounds, open in the county.

Damages from Ian in Collier are estimated at more than $2.2 billion.

Lee County estimated about 60,000 properties had been damaged by the storm, costing approximately $7.5 billion. It has not provided a breakdown of damages to hotels, but it's extensive, especially on the coast.

Last week, 45% of hotel rooms in Lee were reported as open for business by the county's tourism director in an industry call.

In the same call, Sam Harvey, an individual assistance group supervisor for FEMA, said a limited number of Lee's hotels and motels are "either able or willing" to participate in the transitional sheltering program.

"We're hoping to be able to increase that ... We want to be able to have survivors stay here, locally, in Lee County, while they're trying to do the work, and not have to find hotels that may be two, three or more hours away," he said.

But in the battered town of Fort Myers Beach, the announcement is more welcome news in a week that, so far, has featured significant headway.

"We're excited to hear of the aid that's coming," Mayor Ray Murphy said Wednesday. "A lot has been accomplished in our town over the last 24 hours. Some of the items include progress on RV and pod storage for residents on their property, temporary housing as well as food trucks and retail kiosks."

Based on conversations with President Biden and other federal officials, Murphy has been asserting that this type of assistance would be coming.

"Progress is being made every day," he said. "There is a lot going on, which is great. It's good to see everybody busy."

It's a massive undertaking on an island of at least 3,500 obliterated or damaged structures. Expanded efforts on debris cleanup are also in the works, with federal and state help.

Cape Coral City Manager Rob Hernandez, too, encouraged residents in need of housing to apply to the program.

The city waived requirements for travel trailers, RVs and other temporary housing structures on Oct. 3, he said, so anyone who qualifies for FEMA's direct housing program can park it on their property.

The news couldn't be more welcome to unhoused residents.

Cape Coral resident Patrician Barley said she’s "hopeful" -- she and her sister were flooded out of their condo and they've since left. It's full of mold and damage.

“We are still sleeping on couches and pull-out beds,” she said.

She’s hoping to qualify for a travel trailer she can park in her son-in-law’s backyard.

If you have been impacted by Hurricane Ian and already applied to FEMA for assistance, you do not need to reapply for the new direct housing assistance.

If you haven't yet applied for help, visit DisasterAssistance.gov, use the FEMA app for smartphones or call 800-621-3362.

It seems everyone has a story to tell in the wake of Hurricane Ian.

The harrowing tales of survival. The tearful memories of lives lost. Or the recollections of a favorite family day at the beach or to a restaurant that no longer stands.

As we piece our beloved Southwest Florida back together one day at a time, we’ve created a Hurricane Hotline to allow you to share your stories and memories and even offer a thanks to someone who aided you in the recovery.

Call 239-291-9827 and leave a message. Please include your name and a phone number. Your memories could be featured in upcoming coverage of the storm and its aftermath. 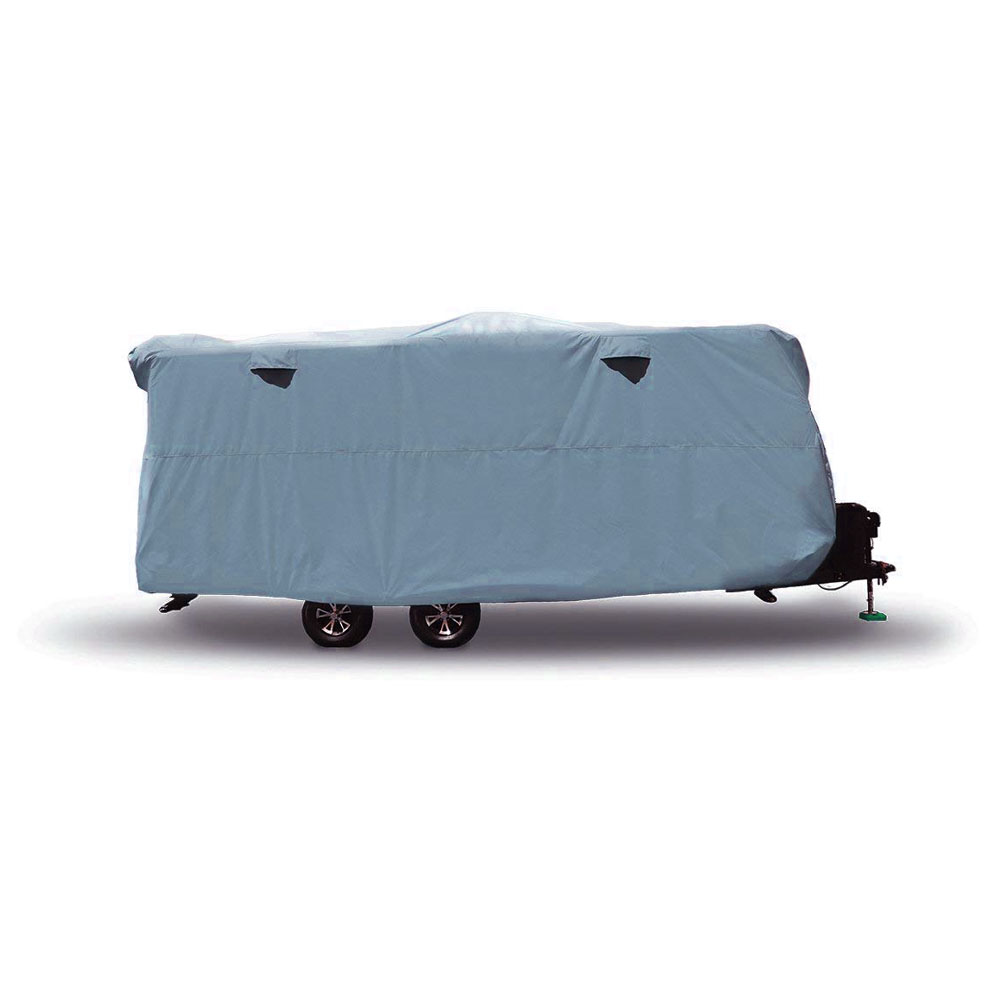